Are you looking for an Apple CarPlay in Middletown? CarPlay hit the shelves back in 2014. These gadgets are great to use instead of paying for in-car GPS or cellular signals for expensive navigation apps and in-car messaging services. In doing so, all of the needed iPhone functions are at the driver’s fingertips in a way that may reduce distracted driving.

Apple CarPlay is the company’s standard for connecting an iPhone or iPad to the infotainment unit of a vehicle. This allows the driver and passengers to augment functions from an iOS device with the entertainment system, replacing the existing interface and functions with an iOS-inspired screen. 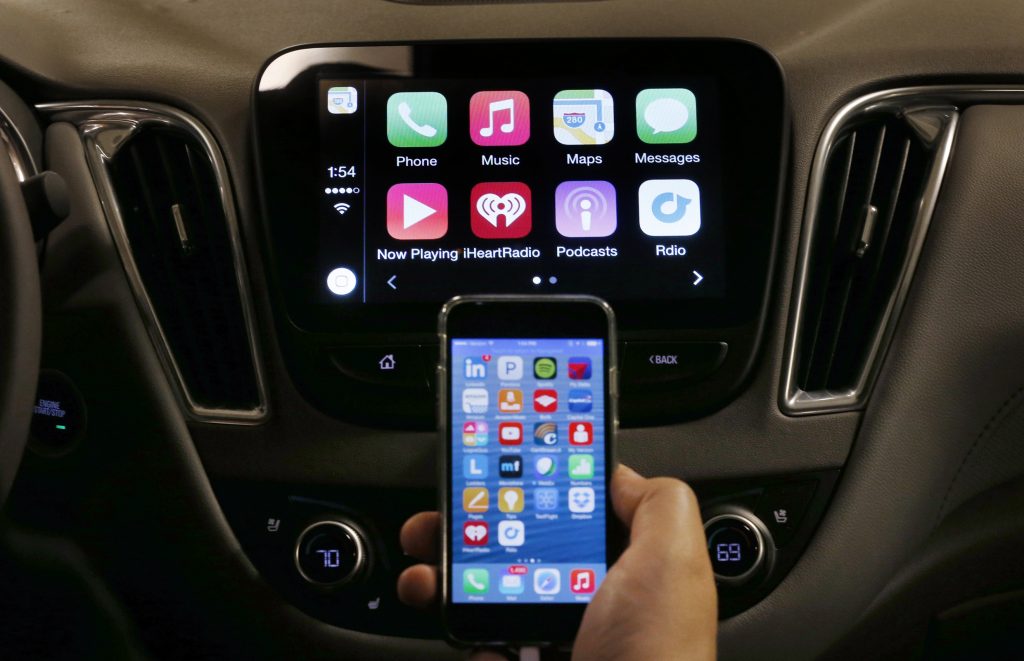 The car’s navigation system is replaced by Apple Maps, which can take advantage of addresses from calendars, emails, messages, and contacts to try and predict where the driver may want to travel to, providing prompts on the infotainment unit’s screen with suggested destinations. Apple Maps can also be used to search for nearby gas stations, coffee shops, and other facilities during a journey.

By connecting to the iPhone, CarPlay allows the car itself to turn into a speakerphone, allowing hands-free calling and answering, and extra in-call controls. Text messages received through iMessage can be read out, or audio messages played, with the option to continue the conversation by dictating a reply. Hands-free communication is all handled by Siri.

Podcasts and iTunes content stored on the connected iOS device can be browsed and played through the entertainment system, using the car’s media controls. Subscribers of Apple Music can access the service while on the move, with other audio apps also accessible using CarPlay, including Spotify, Slacker Radio, Pandora, and NPR One.

Drivers are also able to invoke Siri behind the wheel, usually by pressing a voice control button or using “Hey Siri” on supported models. This  allows all of CarPlay’s functions to be accessible without interfering with driving. As with iPhones, requests for Siri can be made to place calls, respond to messages, and to play music, among other functions, and is the core way for drivers to interact with CarPlay.

While CarPlay does allow access to an iPhone’s functions, it is worth noting that it isn’t an operating system for a car’s entertainment unit, and cannot be used independently of an iOS device. A connection with a host device is required in order to make it work, and apps cannot be installed onto CarPlay like they can on an iPhone or iPad.

There are three main ways to interact with CarPlay once it has established a connection with the iPhone. For safety while driving, as well as to obey laws relating to mobile phone usage while behind the wheel, CarPlay can only be used through the car’s infotainment system, and not via the iPhone itself.

The first way is to use the existing controls used by the infotainment unit. Buttons and knobs can be moved to change settings within CarPlay, in a similar way to other standard functions of the entertainment system, and can also extend to media controls located near or on the steering wheel.

If the entertainment system uses a touchscreen, CarPlay functions can also be accessed by tapping this display. This may be the most intuitive way of using CarPlay, due to being similar to how an iPhone or iPad functions, though in-app navigation will be simplified compared to normal iOS apps in order to account for the car’s motion.

As with the version on iPhones, Siri can respond to a wide variety of questions, such as the current time or if a certain store is open. As the driver can only hear responses and cannot be distracted by looking at a screen, Siri cannot provide answers to web queries that have long answers or would normally refer the user to searches.

Looking for the Best Place to Install Apple CarPlay in Middletown NJ?

If you are looking for an Apple Carplay in Middletown and professional installation, contact AutoWorks today! AutoWorks is an authorized dealer and offers Carplay & installation services as well as other auto electronics to towns in the Monmouth County, NJ area. AutoWorks specializes in providing the best auto services at the most affordable prices.  If you would like more information concerning our auto electronics and installation services, contact us today at 732-671-0225 or visit the website.