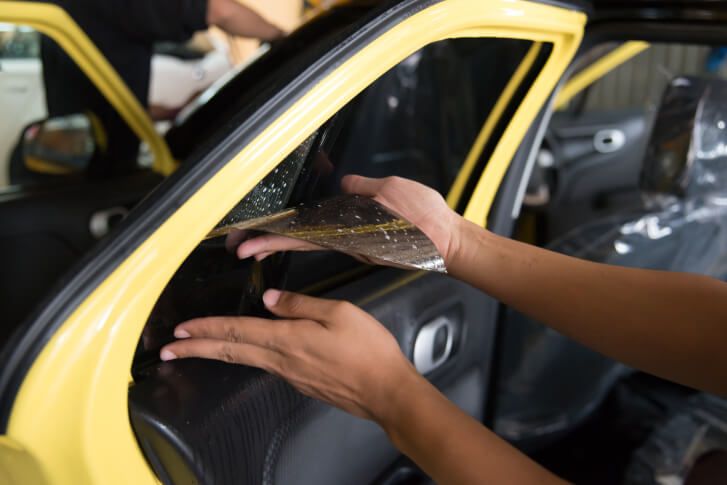 Dyed window tint is one of the most commonly used tints in aftermarket window tinting jobs. It blocks up to 50% of sunlight coming into your car and absorbs heat into the glass. Made from a layer of dyed polyester film sandwiched between an adhesive layer and a scratch-resistant hard coat, dyed window tint is non-reflective and doesn’t interfere with radio waves or in-glass antennas. Dyed window tint is the most affordable option for car window tinting, but eventually the sun’s UV rays will break down the dye and the tint will need to be replaced.

Metalized window tint involves several layers, including one made from metalized film that reflects heat and up to 40% of sunlight. The metal particles also boost window shatter resistance, keeping you safe from broken glass in the event of an accident. One of the main advantages of metalized window film compared to dyed film is its durability—the metal particles won’t fade over time like dye. But there is a notable disadvantage as well—the metallic content has a tendency to interfere with phone signals, GPS transmission, and radio reception.

Hybrid window tinting film offers the best of both worlds. It combines a layer of dyed film with a layer of metalized film in between the adhesive and hard coat layers. The result is an affordable window tint option with superior heat and UV blocking qualities, long-lasting durability, and less electronic interference than with other metalized window films. Plus, the film isn’t too dark or too mirror-like, offering a more natural shaded look. 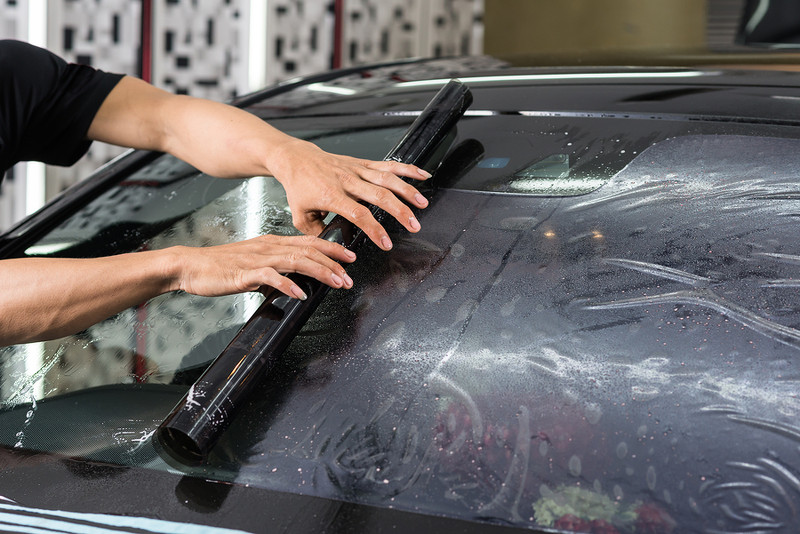 Ceramic window film works similarly to metalized film, but instead of a layer filled with metal particles, the ceramic film uses nonconductive ceramic particles that won’t interfere with electronic equipment. It also blocks up to 50% of solar heat while allowing maximum visibility, day or night. The main drawback of ceramic window tint is the price tag, but it’s worth it. Compared to other tinting options, the ceramic film boasts the highest resistance to UV rays, glare and fading, and offers superior shatter resistance in the event of a break-in or accident.

Carbon tinting film is typically darker than other window films, and it blocks up to 40% of the sun’s heat through an attractive matte finish that won’t fade over time. Because carbon film doesn’t contain any metal, you won’t have to worry about electronic or radio interference. Carbon window film is widely considered to be the next generation of window film, although for now, it falls on the more expensive end of the window tint price spectrum. However, if installed correctly it’s an investment that will last the lifetime of your car.

Looking for the Best Place for Car Window Tint in Shrewsbury?